Convert your ERC20 assets and bring new liquidity to the IoTeX Network now at https://tube.iotex.io

When the IoTeX project launched in 2018, an ERC20 version of IOTX was released on Ethereum and listed by major exchanges for trading. In April 2019, the native IOTX token was created alongside Mainnet Alpha launch, as well as an ERC20-to-Native IOTX swap tool on member.iotex.io: 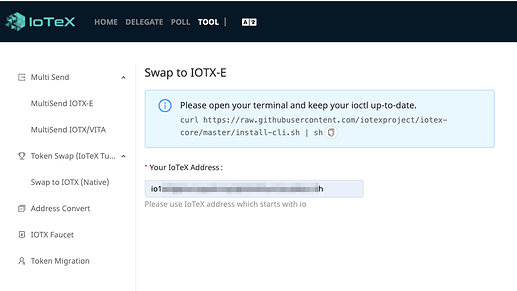 The original swap tool has been merged with ioTube – starting December 2020, ioTube will be used to swap IOTX-E (ERC20) tokens to Native IOTX and vice versa.

Although the majority of exchanges use native IOTX, some exchanges still use IOTX-E, so you may swap between IOTX-E and native IOTX using ioTube at any time: 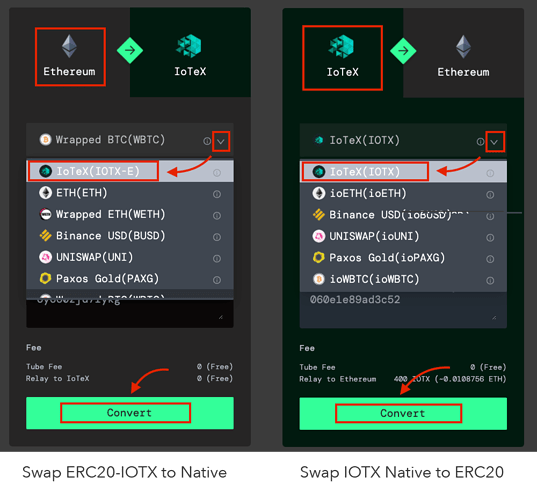 The purpose of this operation is to lock a certain amount of an ERC20 token on Ethereum, and create an equivalent amount of IoTeX version (XRC20) of the same token on the IoTeX blockchain.

1. Make sure you have Metamask Plugin installed in your browser

2. Open and connect to ioTube dApp 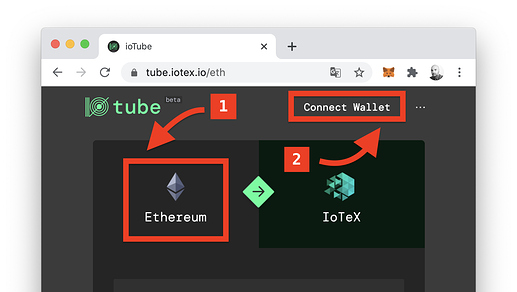 3. Select the ERC20 token you want to send to IoTeX

From the dropdown, select which ERC20 token you want to move convert from Ethereum to IoTeX. If your favorite token is not listed, feel free to submit your request to the team. 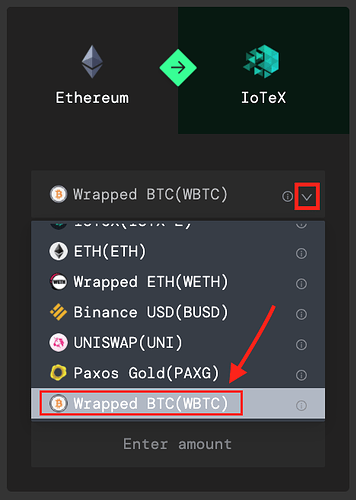 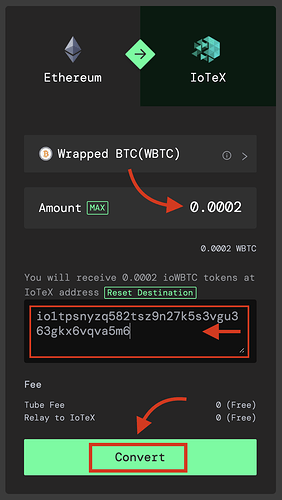 After the transaction is confirmed in Ethereum, your ERC20 tokens will be “locked” in an Ethereum smart contract, while the same amount of the equivalent XRC20 token will be “minted” on the IoTeX blockchain. This means the circulating supply of the ERC20 token you converted will stay the same, taking into account versions from both Ethereum and IoTeX blockchains!

Congratulations! You just moved some liquidity from Ethereum to IoTeX!

If you transferred the tokens to the default destination address, you will be able to access it in the IoTeX Blockchain by unlocking it utilizing the same private key as the sender address on Ethereum. You can use ioPay to unlock the destination address and check the new token balance: 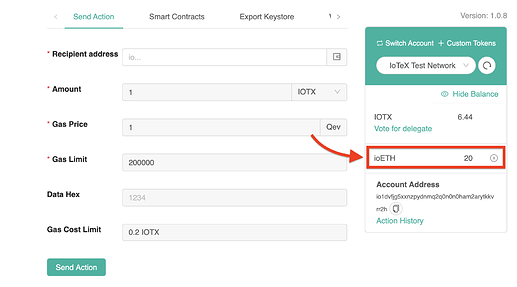 OR you can just check the balance on the IoTeX Block Explorer at https://iotexscan.io:

You can also perform the opposite operation, sending converted XRC20 tokens from the IoTeX blockchain back to Ethereum: 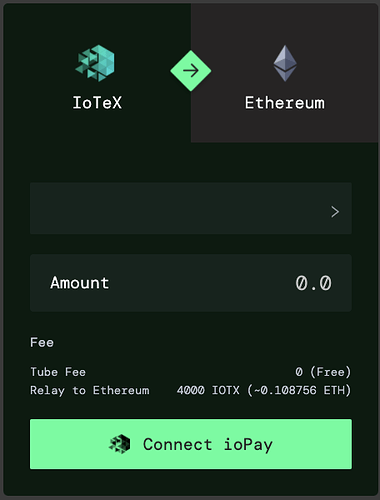 Please reach out to us on Telegram with any questions: https://t.me/IoTeXGroup

Great, keep improving and expanding the IoTeX Network to the benefits of the stakeholders