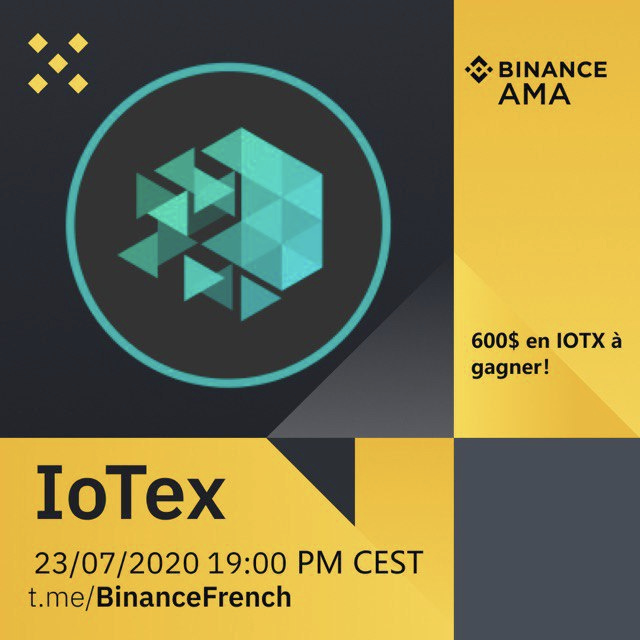 Can you give us a little history of IOTX?

IoTeX began our journey in 2017 as an open-source project. IoTeX is a platform that was built 100% from scratch (no forks) and is tailor-fit to support the Internet of Things (IoT) use cases and to power the next-generation of human-centered, privacy-preserving smart devices and networks. The IoTeX team consists of 30+ top tier engineers and scientists from Uber, Google, Intel, Facebook, and other top tech companies. Currently, our platform is maintained by 60+ global Delegates including Blockfolio, CoinGecko, DraperDragon, and more.

IoTeX has a vision for the Internet of Trusted Things – an open ecosystem where humans and machines can interact with guaranteed trust, free will, and privacy. Our platform uniquely combines blockchain, secure hardware confidential computing to enable trusted data from trusted devices for use in trusted Dapps. In June, we launched our Mainnet GA which is now powering the world’s first private smart devices like Ucam! 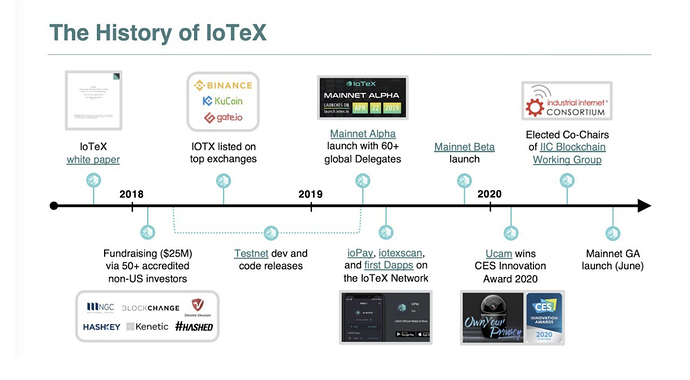 Could you please tell me what IoTeX is? What problem does it solve?

These days, all types of smart devices like cameras, thermostats, and virtual assistants are being installed in our homes and businesses at a blistering rate. Even traditionally “dumb” devices, such as beds, mirrors, and toilets, are now equipped with WiFi and powerful sensors to make them “smart” – this phenomenon is called the Internet of Things (IoT). Whether you know it or not, IoT is part of everyone’s lives and allows people to interact with machines to drive efficiencies and create value. 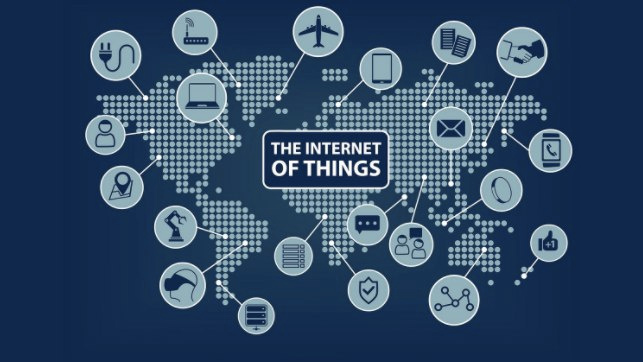 However, today’s IoT is owned and controlled by institutions (e.g., tech giants, governments) and not users (aka you and me). All of our highly sensitive IoT data, such as the videos from our home cameras, are owned by institutions and manipulated without our consent. Do we really have to accept a future where we are surveilled by institutions that collect our data, make our homes targets for hackers, and manipulate even the way we behave? No – we can build a better future with IoTeX.

IoTeX’s goal is to enable a future that is connected, empowering, and safe – no intrusive ads and surveillance, just privacy and peace of mind without sacrificing usability. The IoTeX platform enables builders to easily launch privacy-preserving IoT devices, apps, and networks. Just like Bitcoin has created a decentralized financial ecosystem, IoTeX is empowering a decentralized ecosystem for our smart devices – the Internet of Trusted Things.

What projects are now using the IOTX platform? Tell us more about the companies currently building on IOTX?

The IoTeX platform is uniquely designed to support the unique requirements of IoT use cases. Our platform consists of multiple layers, including one of the fastest blockchains in the industry (5 sec block time, instant finality), IoT-oriented middleware, and robust developer tools to bring privacy-IoT use cases to life.

The IoTeX platform is already supporting REAL IoT products that are “Powered by IoTeX” and provide users full data ownership and privacy! #OwnYourData

Ucam is the world’s first private security camera built in partnership with Tenvis, a hardware giant that is currently Amazon’s Choice for cameras. Ucam is already in the hands of the IoTeX community and they LOVE it!

Pebble Tracker is a decentralized asset tracking device developed in partnership with Nordic Semiconductor, one of the largest chip manufacturers in the world. Paired with our Edge Oracle, Pebble Tracker writes verifiable, real-world IoT data (e.g., location, motion, climate) to the blockchain for use in smart contracts.

What are the future plans for IOTX? Do you have any exciting things down the pipeline that you can share? 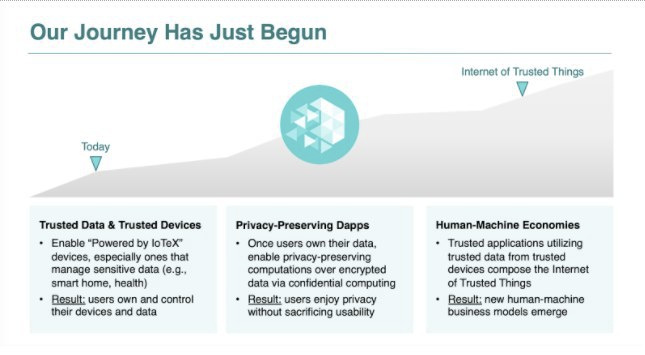 IoTeX is just getting started – as of today, IoTeX is already powering smart devices that allow users to own and control their data, but we have much greater long-term goals. Our next steps are to enable privacy-preserving Dapps that leverage the trusted data and trusted devices enabled by IoTeX, and eventually form diverse human-machine economies that will power new decentralized ecosystems where humans and machines can interact with guaranteed trust, free will, and privacy.

To enable privacy-preserving Dapps, IoTeX is now focusing on confidential computing, which allows for computation over encrypted data. What this means is that users can own/store their data with full privacy, but also use their data with full privacy, too! IoTeX recently joined the Confidential Computing Consortium (CCC) alongside Google, Microsoft, Facebook, and more – check out the announcement on CoinDesk.

IoTeX is also the Co-Chair of the Industrial Internet Consortium (IIC) Blockchain Group alongside Amazon & Huawei, as well as a core contributor to IEEE’s Blockchain + IoT standards. This shows our deep understanding of how technology applies to real world problems, which we will apply to build brand new use cases at the intersection of blockchain, IoT, and privacy for years to come!

But there are many competitors in the Blockchain & IoT space – how does IoTeX differ from them, especially IOTA?

IoTeX has deep expertise in both blockchain and IoT, which has allowed us to launch the world’s first blockchain-powered IoT products. I have not seen any other project launch real products like IoTeX. We are way past the white paper phase — these days, the proof of real products matters a lot. Only two years after IoTeX launched our first code release in April 2018, we already have many devices powered by the IoTeX platform, not just prototypes or PoC.

Regarding IOTA, IoTeX and IOTA are not enemies. Yes we are both working in the blockchain+IoT space, but we are actually working on different things. IOTA prides itself on enabling feeless M2M payments, while IoTeX is building a network for privacy-preserving, human-centered smart devices. Rather than debate IOTA vs. IoTeX technology, what I will say is that IoTeX in only two years vs. five years for IOTA has done things that IOTA has not: 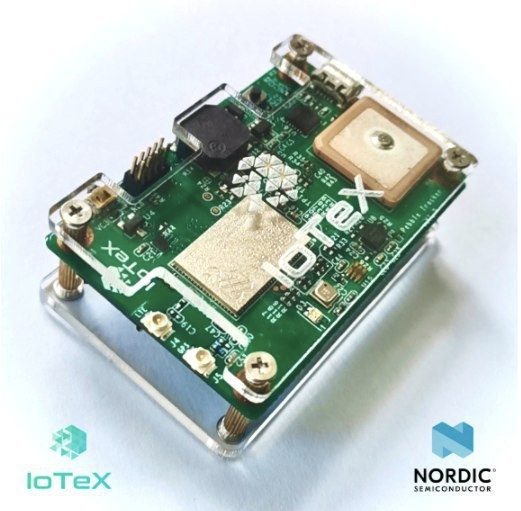 What is the advantage of keeping IOTX token for long and short term?

There is something out there for everyone, whether you are a HODLer, staker, or trader! There has never been a better time to get onboard with IoTeX! In June, we announced new IoT-oriented tokenomics, including Burn-Drop, an innovative tokenomics design, where 1 billion IOTX (10% of the total supply) will be burned and airdropped to long-term stakers. With Burn-Drop, every new device registered to the IoTeX Network will trigger a new Burn + Drop event, which benefits the entire network as well as individual stakeholders. Effectively, this means the total supply of IOTX will decrease with every new IoTeX device forever! Full details here 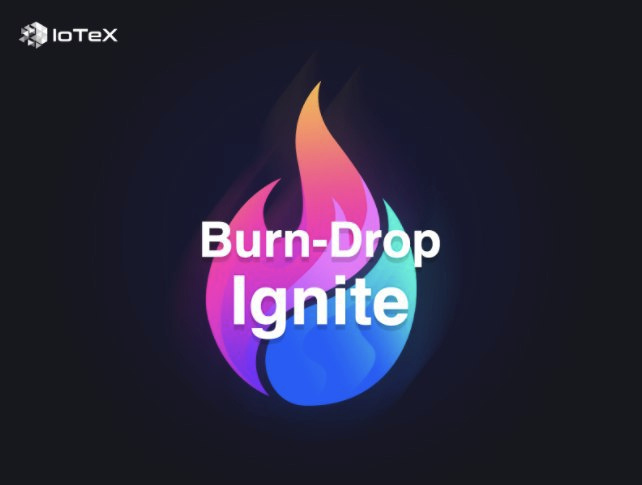 In the long-term, you can expect even more “Powered by IoTeX” devices to transform the way we interact with our smart devices – with IoTeX, we will be in control of our devices and data destinies. One industry we are especially excited to break into is the healthcare-IoT industry, due to the sensitivity of data collected by these devices. Our ultimate goal is to enable interoperability between all devices on the IoTeX Network to power borderless human-machine economies – join us!

The IoTeX platform uses a unique architecture to meet the needs of using the Internet of Things with a multi-layered architecture. Can you describe each level?

The IoTeX platform utilizes a unique architecture to meet the unique demands of Internet of Things (IoT) use cases. Our multi-layer architecture combines smart devices, IoT Cloud + decentralized storage, and blockchain. Let me describe each of these layers:

The combination of these three layers provides great flexibility for developers and builders. For more information, please see our Blockchain & IoT Reference Architecture!

IoTeX uses a Roll-DPoS consensus mechanism-a variant of Delegated Proof of Stake (DPoS). How effective is this new mechanism? Do errors often occur during operation?

The IoTeX Network utilizes Roll-DPoS consensus, which we designed in-house. To support the high scalability required for IoT use cases, IoTeX decided to use a Delegated Proof of Stake (DPoS) design, but we also made significant improvements to traditional DPoS. Instead of a fixed number of Delegates (e.g., EOS has 21 block producers), IoTeX randomly selects 24 of the top 36 Delegates to mine blocks every hour. This randomness improves the decentralization and security of the overall network, without affecting the performance. Roll-DPoS enables IoTeX to be one of the fastest blockchains in the entire industry with 5-second block times and instant finality for transactions.

You can read our Roll-DPoS yellow paper here

Good question, developers are critical to IoTeX’s future success! We actually just launched our Halo Grants program and a couple of weeks ago announced 5 new Halo projects to the IoTeX Network! IoTeX Halo program funds the development of software/hardware, research, and initiatives to fuel the Internet of Trusted Things.

As a creator, which feature of Ucam do you like best? Which is the most difficult to develop and implement?

Good question — the biggest feature of Ucam is PRIVACY. Ucam has all of the features that normal security cameras have (1080p, two-way audio, motion detection, etc.) but it also comes with privacy. All at a really affordable price of ~$50.

Our goal with Ucam is NOT to make massive profits — it is to get a great blockchain-powered product in people’s hands so they know the decentralized + private future is here. I really encourage everyone to check out our new Ucam Unboxing + Tutorial video, you will definitely be impressed and want a UCam for yourself!!

I see IoTeX and ChainLink are partners for exploring TEE. About secure computation, Multi-Party Computation (MPC) is also a good technology is used by many potential projects, so could you share the reason why you don’t choose MPC instead of TEE?

There are three “families” of trusted computing out there. Fully homomorphic encryption (FHE), multi-party computation (MPC), and trusted execution environment (TEE). As you mentioned, TEE is being adopted and implemented the most these days and for good reason. The other two (FHE+ MPC) are still very theoretical and non-scalable, while TEE is ready for the prime time.

Basically these three families of trusted computing allow people to compute over encrypted data (without exposing the raw data). This is massive for the future of privacy, but each family does this in a different way. FHE + MPC are purely software-based, relying on cryptographic schemes that are still very much in development and limited in their real-world use cases. However, TEE has been around for decades and is starting to reach the prime time. IoTeX is deep into the trusted computing space, having recently joined the confidential computing consortium alongside Facebook, Google, Microsoft, etc. and also making TEE-enabled devices ourselves like Pebble Tracker (see picture below)! 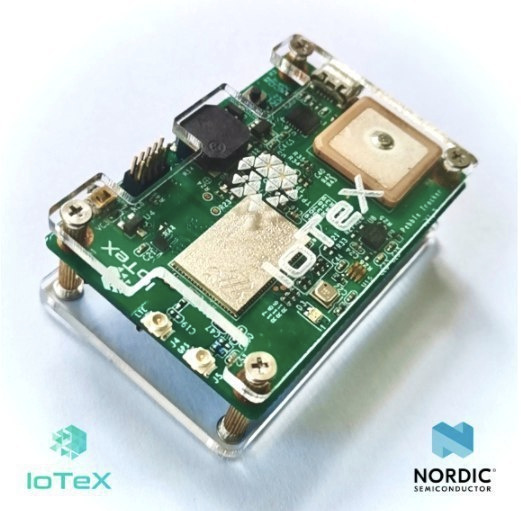 Is there any plan to combine with other blockchains as well? What’s the main problem do you see in the current blockchains?

One platform cannot do everything, so there will always be a need to collaborate with other projects. Our focus right now is partnering with the top projects that offer specific services, whether it is storage or networking or oracles. One thing people need to understand is that building IoT devices requires lots of different things, some of which IoTeX provides natively from our platform, but some through integrations with other companies.

We are working very closely right now with IPFS on a number of innovative use cases centered around decentralizing IoT data. We are also working with Chainlink and many stable tokens on bringing “DeFIoT” to reality. We plan to bring on many diverse sets of service providers to make the devices that run on our platform as secure and performant as possible.

This is basically the architecture of Ucam — as you can see, IoTeX provides the identity and many other core features for the camera, but we also use various service providers like IPFS for storage and NKN for P2P networking. In the future, this ecosystem will grow as more service providers want to service our devices/data!