Why I Believe IOTX is so Undervalued (Price Analysis)

(Yeah, that’s a cool name for you guys who trade IOTX tokens).

I would like to share some thoughts regarding the current price and what I expect to see in the short-term. Its clear we’ve been seeing IOTX in its lows and this scenario is supposed to shift soon.

Since some of you maybe aren’t familiar with trading terms I’ll let this discussion as simple/didactic as possible and I really hope you tell me what you think as well. Let’s go:

First of all, my feelings for the market are shown in the chart below: 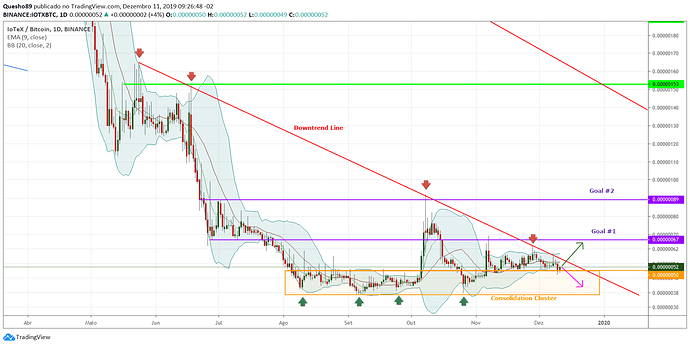 Now, there are some specific points I would like to highlight:

Do you feel we’re supposed to see a shift in the current levels? Let us know your opinions!

I prefer to follow IOTXUSD. IMHO, on short term there is one last and hard leg down on BTC to the 5 thousands, and that will pull the entire market down. Perhaps doble bottom on IOTEX at 0.0030 USD, perhaps some place between 0.0024 and 0.0030. After that price recovery is very possible.

Gotcha. In fact you’re bearish for BTC and this eventual leg down could potentially affect all alts. Interesting point of view. Let’s keep an eye on this for the next weeks.

My opinion is that btc will move in 5K and 8k.
The alts have already bottomed out regarding btc, I think an altseason will not take long to arrive

Wow 5k is an impressive level but I think the opposite since it looks like we could touch 8000-8400 first (because dropping down the channel is unlikely to me right now).

We’ve just surpassed that orange downtrend line which gives me a impression that we can have some fuel to go upwards in the next days/weeks (following a Fibo correction from the 10370 peak).

Wow. Lots of movements since last month and BTC is clearly attempting to get away from the channel we’ve studied. In fact 61,8% Fibonacci level wasn’t enough to stop BTC’s rally and we saw a rejection at 9200s. +20% since the last picture. 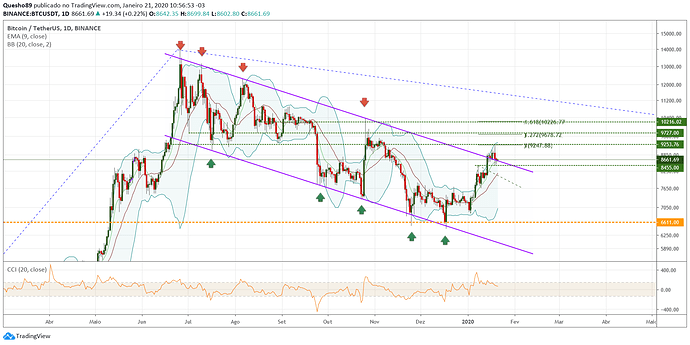 IOTX has been trading at sub 50s since last month which is kind of positive since we’ve found a strong support at 40sats. By the way it was retested as soon as we broke the red downtrend line. This means a candle closing above 54 sats could ignite a new wave up in the short term: 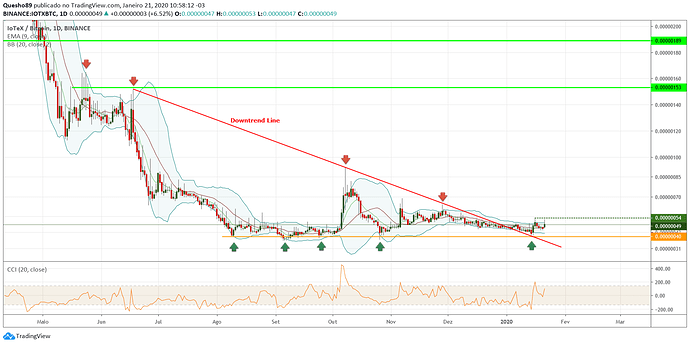 Let’s keep an eye on that, IoTraders!

Hey IoTraders, here’s a weekly update for BTC and IOTX charts. Things getting bullish for BTC and messy for some alts… let’s take a look on the market right now: 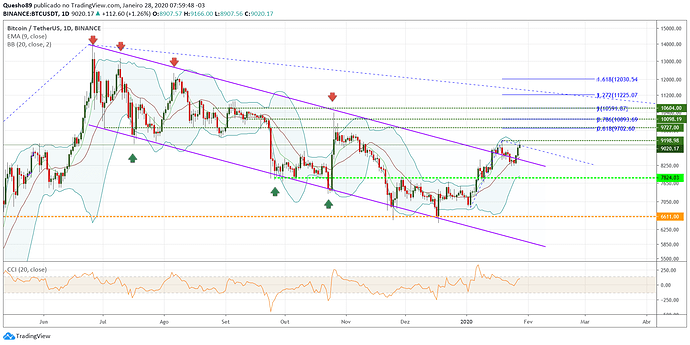 BTC is ready to trigger a pivot point as soon as it gets a candle closing above $9,200 region. This would certainly ignite a potential new wave up. A rejection in this region would drive the price down and search for a touch in the nearest EMAs. Purple channel upper border acts like a resistance (downtrend line) in the weekly chart and that’s exactly where we’ve been seeing some consolidation for now.

As for IOTX-BTC, I’d like to present you three technical reasons why I’m bullish for the next weeks: 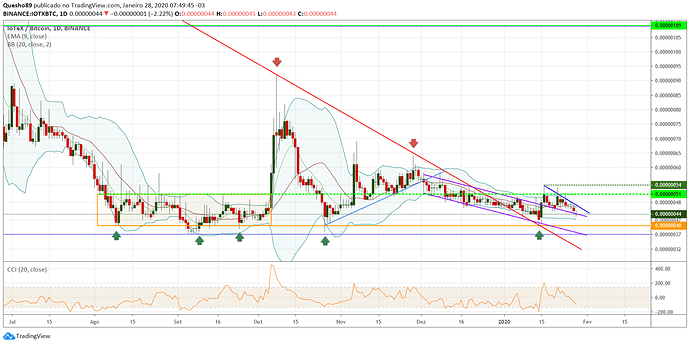 NOTE: All of this obviously depends on how BTC will perform in the next weeks. A general bleeding in alts is a possible scenario if BTC goes further the $9,000 level and remains there but we should keep in mind that IOTX has been holding well during the last spikes, even though its volume has not been so strong (at least on Binance).

Trade with caution, guys. See ya!

And… here we go. BTC all way up to over $10400 and down again with IOTX giving an interesting buy signal. We’re clearly on a downtrend channel but we’ve been getting extremely high volumes on some candles in the last few days.

Take the image above for example. Highlighted spikes show us that around 240,000,000 IOTX have been traded only in the last two weeks which is a HUGE amount according to the average for the same period. What does that mean? Well, someone is REALLY accumulating right now and I want to be on the buyers side when all of this spikes up. Could we go even lower? Who knows, although it looks like sell pressure has been getting weaker and we have an incredibly strong support at the 40’s. I just wanted you to know there are investors who believe this is the moment to buy.

Over a month has passed and we’re back with another quick review on IOTX-BTC price action.

While BTC has been ranging around 6600-7100 dollars, I would like to share a pretty good insight about the weekly chart for IoTeX. In fact, we have a bullish pattern to stick to.

YES. For some of you who might not be used to see something like that, its name is Bullish Divergence aka “Bull Div”. We have a bullish divergence when the price makes lower bottoms on the chart, while our indicator (RSI in this case) is giving us higher bottoms. We can clearly see that due to the inclination of the bue lines. Keep in mind we are likely to see a rapid price increase after a bullish divergence pattern.

Well, that’s not from me. You can learn a little bit more about divergences here.

Of course this is not a pattern that usually pans out quickly so we should wait for a while in order to get it confirmed. However, its formation keeps happening.

Here we go guys. BTC managed to go above 9000$ again while IOTX has been trading around 30 sats. I decided to go a little deeper into my previous pattern and I hope you enjoy my thoughts. Let’s take a look on the Binance weekly chart again:

What positive aspects can we see right here? As follows:

NOTES: Take-profit regions are shown in orange as we might think of 58 sats as TP1, 74 sats as TP2 and 92 sats as TP3. We should also mention 109 sats - which is 23% Fibo Retracement from the peak reached on April 2019 - and 120 sats which is the projection for an optimistic falling wedge breakout like I explained above.

Don’t get fooled by whale movements at this time. Play smart and think of the mid-to-long term.