TOTW: №8 The Earn it Bill & Impact on Privacy

This past week the online privacy community was shaken up by the news of a new law that the US Senate has proposed and trying to push. In short, we can end up having an Internet where the law would require every message sent to be read by government-approved scanning software

And companies that handle such messages {such as Telegram} would not be allowed to securely encrypt them, or they’d lose legal protections that allow them to operate and be sued into bankruptcy. 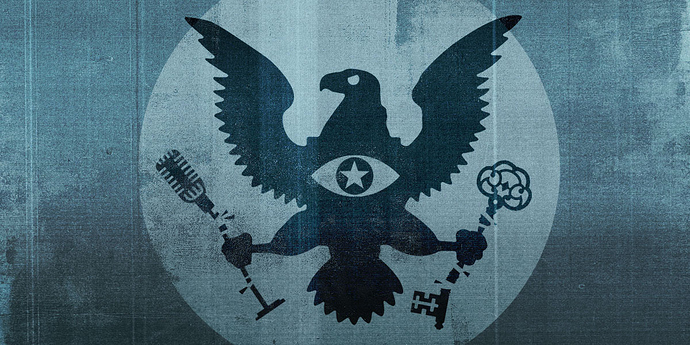 In this week’s discussion, we would like you to share your thoughts on this bill and the impact that it would have on our privacy and whether or not this is how we see our Internet work going forward!

Submit your answers by Monday, March 23, 6 AM PST

Rewards: Most interesting & creative 3 answers will receive 1,000 IOTX EACH + all of the participants will be entered in the community scoreboard for March
{Make sure to include your Telegram ID}

You can post more than once but make sure to share different stories/use cases, do not duplicate posts. Feel free to comment & reply to posts from other community members.

They’re presenting it as a way of security increase, but is it? Treat someone like a criminal and he can become a criminal even if he was not before. Perlustration or censorship of correspondence is a type of psychological violence, as other ways of interference with privacy. I’m not a criminal and have a right for privacy, including private correspondence.

Most countries around the world have democracy. But now every day more and more this democracy begins to be limited by the governments of different countries. Such a law will lead to the elimination of democracy. Since this will be just the first step.
The world government is going to control every step and now every word that sounds on the Internet.
Further, our work on the Internet will be minimized, especially in the field of cryptocurrency, since such an action is directed precisely at the control of the entire cryptocurrency. Blockchain privacy will disappear as a phenomenon.
But maybe this is just a reflection, since such a law may still not be adopted.

The adoption of such a law would mean the abolition of privacy and a violation of constitutional rights to private correspondence.
Either the constitutions of the countries will need to be changed, or not to adopt such a law.
Although I do not think that today no one controls all correspondence.

Work on the Internet will remain so for those who need money. Progress does not stand still and there is a workaround for any ban. Blockchain was also invented for a reason.
@SaleAccSF

When responding to this concern, the need to look in to already existing laws that guide the right to privacy is of ultimate priority, looking at internet privacy laws in the US,

under data security, " In general, these laws govern how a business collects, stores and keeps its confidential consumer data safe. In addition to safeguards that prevent or deter hacks or intrusions, most of these regulations also impose standards regarding access to, usage of, and disclosure of data. Some states are more rigorous than others when it comes to keeping their citizen’s data safe."

Then also under data disposal " Data disposal laws apply to information in both paper and digital form that is no longer relevant to the enterprise. After it achieves its purpose or the customer relationship ends and the PII isn’t needed, the entity must dispose of it using a method that renders the sensitive information unreadable or indecipherable.

Some businesses and government agencies handle this duty in-house, while others contract it out to a third-party. In most states, the collector of the information retains liability if the third-party contractor fails to properly dispose of the data."
Also under Non-PII privacy, " States with such regulations aim to closely monitor and restrict how businesses / organizations use non-PII data collected from their customers — data such as how many times a user visits a page, how long they stay, and what they look at while they’re there.

Many companies also share or sell this data to third parties who use the information for their own proprietary needs. Several states have passed bills that identify specific types of non-PII data that they believe are worth additional levels of protection." 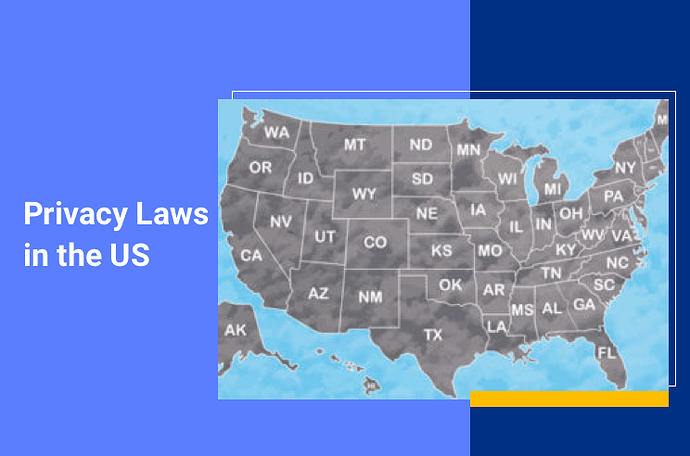 Internet Privacy Laws in the US: A Guide to All 50 States

Our comprehensive guide to American privacy legislation covers U.S. privacy laws by state — from Alabama to Wyoming and everything in-between.

These are part of the laws in place guiding the privacy and how businesses operate generally both online and offline and the stiff penalties attached for the breaches. if this bill is finally pass into law looking on its importance on the right of a child, definitely the already existing laws still carries weight as regard the right to privacy and more also since the right to privacy will still be emphasized and upheld in the new bill, in case of any breaches the corresponding penalties shall be meted out, so also compensation given to whosoever suffer losses.

The attack on our privacy is a shame. The security of the population is constantly being used as an argument to attack our privacy. We live in a world where it is impossible to have all the laws on the screen. Sooner or later, a rule violation will occur completely unconsciously. If the government does not fit our nose, then you will snoop around in our private life until a charge is found. Apart from that, there will be clever scammers who abuse the back doors to make profit with our data.

Among other things, I consider this approach as anti-social. Crime arises where there is poverty. In my opinion, poverty is indebted to the current system. If there weren’t a few people filling their pockets with money, we wouldn’t have the idea for such a serious measure.

Furthermore, criminals are further criminalized in today’s prisons. You could start here and offer the occupants a new perspective. Good training would help re-socialize offenders.

The point I want to make is a fairer distribution of wealth.
Nowadays people are exploited more and more, the poorer the worse. At this point, I don’t want to start from inequality in other countries.

In short, the government should fight the cause of crime. If the symptoms of an illness are alleviated with tablets, this is not a solution! It’s just an interesting business model for pharmaceutical companies !!!

Though looking at the benefits attached to this bill, in a nut shell it doesn’t worth going forward, because everyone right to privacy should never be jeopardized. The bill is like rubbing Peter to pay Paul. How will such a bill be managed with the present law on privacy?

The internet, blockchain and all other businesses and activities that are of online inclination is here to stay. In fact, all the top leading businesses and wealthiest people on earth today can not maintain the lead without internet and online presence. If these businesses are not impactful, who will in the first place buy into them? Then, the businesses and their clients(more than 90% of the world populace) will continually to be at losing end as regard the right privacy. The people in government and the legislators behind the wheel as regard this bill if have a bird view and critical thinking on this bill, will know fully well that we are all sitting on a time bomb that will soon exploded.

The EARN IT bill looks good for the Government But for Common People?

The Bill says, “every message sent to be read by government-approved scanning software”. Where is the privacy for common people? People have to think every time when they use any website/apps like

This bill is pure garbage and a direct violation of our 4th amendment rights. This is easily unconstitutional, but we’ve seen similar things passed before.

This would be an extension of the PATRIOT ACT, which was as bad as I thought it could get until this came along. The PATRIOT ACT already allows:

Records searches, which expands the government’s ability to look at records oan an individual’s activity being held by a third parties.

Secret searches, which expands the government’s ability to search private property without notice to the owner.

Intelligence searches, which expands a narrow exception to the Fourth Amendment that had been created for the collection of foreign intelligence information.

Trap and trace searches, which expands another Fourth Amendment exception for spying that collects “addressing” information about the origin and destination of communications, as opposed to the content.

This would push us closer to a dystopian society where citizens are basically controlled by the government since everything you say or type will be held against you. The scary thing is that it has a good chance based on history.

The Internet would not be the same. However, I’m confident in the smart engineers out there who would undoubtedly find ways around the government snooping. I imagine crypto would be involved in the work around.

The EARN IT bill if enforced allows all access to users digital messages by government Approved scanning app.
The impact of these bill is not good at all, ruling out encryption.
The government might have their reason of pushing the bill but ones privacy is his privacy and access can only be given by the owner.
This is an act against human Right.
The privacy and security of all users will suffer if this earn it bill pushes through.

the impact of this earn it bill is actually a legal breach of privacy.
so it should not be pushed through.

Hi guys! Thank you to all that have participated in this discussion

Please check your wallets & join our next discussion