Welcome to our Monthly Tech Update, where we share the tech-related initiatives that IoTeX core-dev are currently working on and why it matters for the IoTeX Network.

The IoTeX core protocol Mainnet v1.1 was rolled out to production in August and has been steadily improving in the past few weeks, including:

Two significant improvements worth calling out are:

In other protocol-related news, ioctl (IoTeX command line tool) has been published to homebrew (https://brew.sh/) – the best package manager available on almost every MacOS computer. Also, new features have been added to ioctl to interact easier and deeper with the IoTeX blockchain:

We are really excited with the progress of our ecosystem products and tools – not only have we introduced new tools, but have significantly improved our existing tools. Some highlights to share: 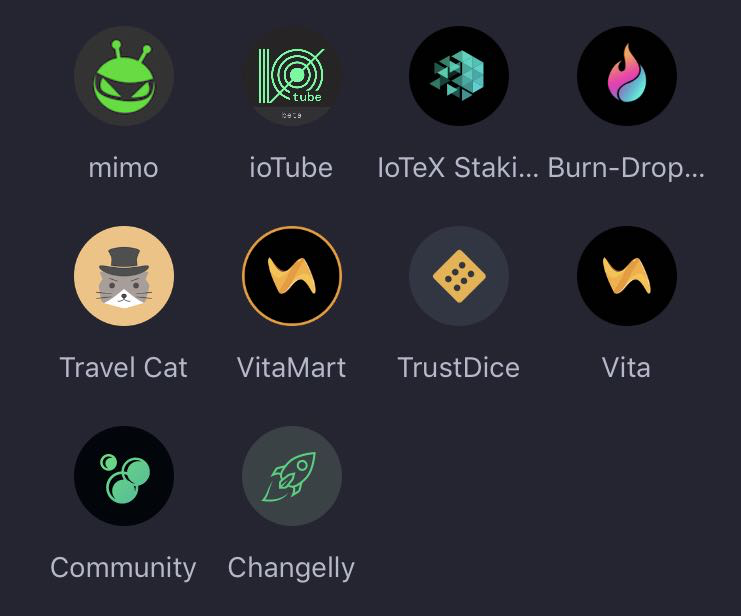 Ucam has been listed on Amazon.com on September 29 and now has mainstream and crypto users from around the world (the numbers are keep increasing every minute!). Initial feedback from the market has been great and we are planning for an exciting holiday sales season. On the tech side, we are working with the IPFS/Filecoin team to integrate decentralized storage into Ucam, building off of our initial use case for over-the-air (OTA) firmware updates.

Burn-Drop IGNITE has a steadily growing userbase with 3,661 buckets and 1.1 Billion IOTX staked. Over the past two months, more than 16 Million IOTX has dropped to Burn-Drop eligible users! But IGNITE is just the warmup – the official Burn-Drop launch getting closer, all tokenomics described here will be implemented and activated. Ucams are coming with NFTs and we expect new campaigns around them too.

Thanks for checking out our tech update. Get in touch with us via Official Telegram and Developer Telegram.

Welcome to our Tech & Dev Update, where we share the tech-related initiatives that core-dev are currently working on and why it matters for the IoTeX Network. Over the past few weeks, core-dev has focused on:

iotex-core v1.0 was released as the Generally Available (GA) release of the IoTeX Mainnet – a huge milestone! But the work never stops and our protocol is constantly improving. The core-dev team planned 3 critical features for iotex-core v1.1 which will be rolled out to production in early August:

Burn-Drop Ignite will be on July 31st, 2020 and we have completed the initial implementation of a decentralized autonomous network (DAO) running on the IoTeX blockchain, as well as an off-chain service to issue verifiable credentials (VCs). Our decentralized identity (DID) service has been spun up and integrated with Universal Resolver. We are getting ready to activate the first Powered-by-IoTeX devices via DIDs for devices – the Internet of Trusted Things is close!

It has been great to see the evolution of ioPay Mobile – the number of daily active users of ioPay mobile keeps increasing with over ~500 just in the past few days. In addition to addressing some performance issues (e.g., slow access in certain regions), nsv2 is now natively supported by ioPay for users to enjoy a lightning fast and fun interaction with our chain. On the side, exciting #DeFIoT projects and a stable coin are coming to the IoTeX Network soon and will also be integrated with ioPay.

While the Product team is fine-tuning Ucam (e.g., color, sound) to make sure users have the best experience, our manufacturer is preparing for mass production and shipping. We are consistently giving out Ucams to industrial leaders in IoT and crypto spaces to get their feedback, e.g., @aphelionz, the VP of @equilibrium_co loves Ucam and is trying to develop an IPFS client running on top of Ucam. What is so exciting about Ucam is it is a vehicle for innovative data + privacy use cases – we can’t wait to show you what we are working on behind-the-scenes.

Pebble Tracker is also making amazing progress in the past weeks – the hardware changes have been materialized and the development of a new trusted edge computing framework is at the finish line. In addition to the hardware itself, we will be sharing blockchain-based data visualization, authorization, and sharing tools, as well as detailed technical papers related to the blockchain/cloud backend to both crypto and IoT communities. Stay tuned!

Welcome to our Tech & Dev Update, where we share what tech-related initiatives the IoTeX Foundation (core-dev) are currently working on and why it matters for the IoTeX Network. Over the past two weeks, core-dev has focused on:

In the past two weeks, we have been working closely with our global Delegates to roll out Mainnet v0.11. The rollout was pretty smooth except for a few Delegates who turned on API service and spent hours on reindexing due to an optimization we have. This code release’s primary new feature – probation for unresponsive delegates – is now live as of height 4,479,481 on April 22, which concludes another successful deployment of upgrades to the IoTeX Layer 1 protocol!

Now that Mainnet v0.11 is out of the door, the team has been focused solely on Mainnet GA v1.0, which will come with a big new feature – Native Staking v2 (nsv2) – which will establish full independence from Ethereum. A fully native IoTeX blockchain is coming! There are two aspects of nsv2 that the team spent a lot of effort to make sure run correctly and efficiently under all circumstances:

Next week, we are going to conclude the above two tasks and cut Mainnet GA v1.0, push it to our nightly pipeline, and then Testnet. If everything goes well, we will work with our Delegates to push to the Mainnet, after which we will have established independence from Ethereum. Exciting stuff! For more information, check out our Mainnet GA Migration Plan thread on the IoTeX Forum.

As our first go-to-market product, Ucam packages many components of IoTeX technology – blockchain, decentralized identity, and decentralized storage, which we are working on with the IPFS team. After a long journey, we are getting close to the finish line. Over the past two weeks, we expanded our beta-testing program in Silicon Valley to ~100 homeowners. Many of them are impressed by the quality and convenience of Ucam and love the concept of #OwnYourData. Most importantly, all of them had constructive feedback that we have applied to make Ucam even better. Check out our new Ucam update for more details.

Additionally, we have finished drafting the proposal to fine-tune our Roll-DPoS economics with the goal of making staking/voting more fair and efficient for Delegates, while encouraging the growth of the Delegate population. The actual implementation will be deferred to after Mainnet GA – we will seek feedback from Delegates in the meantime.

Also coming with the release of Mainnet GA v1.0, we have re-architected and re-factored iotex-core a lot with the goal to make iotex-core more efficient for delegates (e.g., even lower hardware cost), reliable regardless of the network situations and sustainable as we foresee a spike of transactions coming after Ucam launch. We will prepare a blog post talking about architecture v2 in the next few weeks. Stay tuned.

On the hiring side, while looking for more technical talents admin COVIN-19 and lockdown in California, we have onboard one full-stack engineer who is strong in solidity/blockchain in addition to other frontend technologies, who will help us to drive initiatives around trusted data and the DApps around it. We are actively interviewing candidates for our digital marketing positions as well. If you are interested, please drop me a line at [email protected].

Welcome to the Bi-monthly IoTeX Tech Update, where we share what tech-related initiatives the IoTeX Foundation (core-dev) is currently working on and why it matters for the IoTeX Network. Over the past two weeks, core-dev has focused on Delegate probation implementation, Native Staking v2 (nsv2), Ucam beta testing, and IoTeX 2.0 planning.

Stemming from a community-wide vote in March, core-dev has implemented Delegate probation in the latest Mainnet v0.11.1 code release. The frontend and backend have now both been implemented and thoroughly tested with load. Ready to launch!

Community Proposal #3 was passed in March

This release will be pushed to production on April 22. Delegates must upgrade their nodes following the instructions here, otherwise they will not be able to produce blocks (and will be put on probation!). Our new one-liner upgrader is a simple tool to automate node upgrades. Once v0.11.1 is activated on mainnet, unresponsive delegates will be put on temporary probation – great incentive to not miss blocks!

We are proud to announce the backend for nsv2 is complete and we are now moving into the testing stage, which is composed of unit tests, integration tests, e2e tests and load tests, and pushing to our nightly pipeline. With these tests all done, we will push this nsv2 to testnet and bake it there for a while. The frontend design of nsv2 is almost there – our engineers are working hard and things are in great shape as of now!

Throughout the development of our new native staking mechanism, we had many interesting discussions about PoS/DPoS and staking – here we share two insights for the community:

Ucam is quite close to the finish line and we are going to ship the first batch of pre-orders next week! Over the past weeks, the firmware, backend, and mobile app have all been improved based on feedback from our initial round of beta testers. Now, we are putting Ucam in the hands of the IoTeX community and we can’t wait! Based on your feedback, Ucam will have a final round of (minor and cosmetic) updates before debuting on top e-commerce platforms in May/June. The tokenomics that tie Ucam and future “Powered by IoTeX” to the IOTX token will be announced in May before Mainnet GA. 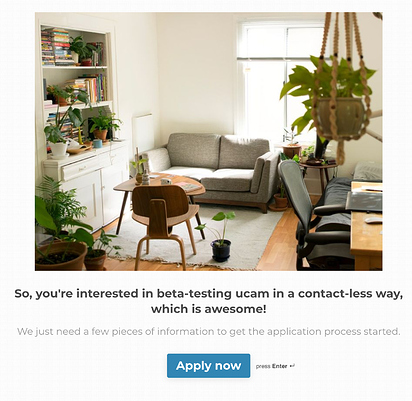 Finally, we had a successful Delegate Sync call on April 17th with almost all Delegates in attendance, who gave us many nice suggestions and feedback regarding enhancements to the Delegates Program. Much appreciated as always! The presentation deck can be accessed at http://t.iotex.me/dc-0417. We look forward to seeing many more of you developers become Delegates in the near future!

The core-dev has been focusing primarily on two initiatives:

The probation of unresponsive delegates is a critical feature for the protocol’s reliability and scalability. As recently voted by the community proposal, core-dev has quickly moved to implementation and testing and will be deployed to testnet very soon. Read more

Implementation of a new transaction-based native staking mechanism. One major part of Mainnet GA is establishing independence from Ethereum by migrating all stakes/votes on Ethereum to IoTeX. In parallel, we are designing a new transaction-based native staking mechanism that will be much more scalable than the current smart contract-based mechanism. A faster, more secure, and finally independent IoTeX network is coming soon!
Read more

Along with our blockchain efforts, our product team is iterating on Ucam firmware, backend, and the iOS/Android apps. We are making great technical progress on Ucam, which will enable data ownership, privacy, and peace of mind for users around the world.

The Ucam app is being beta tested by the entire IoTeX team and select pre-order participants – we can’t wait for you to see how sleek and usable it is! We are actively working on the future crypto-economics of the IoTeX Network, which will introduce the economic models blending devices like Ucam with the IOTX token.